Lead: article take you through nearly two years of aluminum on the current market staged
a wonderful drama out of another!

impression, aluminum is often a lethargic, old-fashioned look, the spread between January is a backwater, very little volatility, people are lazy attention.
I did not expect that, under all the “Story” depicts the last two years of the current aluminum market, had staged a wonderful drama to another out.
After

Aluminum direct supply of water and capacity of recovery “story”

After crash at the end of 2015, aluminum prices fell back to the level of the last century, finally appeared
a wave continued to rise as long as several months.
At the same time, on aluminum “story” began to spread in the market.

On the one hand, in order to further reduce costs, smelter and downstream aluminum businesses have to carry water aluminum direct supply sales model.
This saves sales model “hot aluminum ingots cemented liquid cooling and re-melt into a liquid aluminum” process, both the reduced production time, but also significant cost savings, cost savings per ton of aluminum is said to 800 yuan, for a loss of
severe aluminum industry, the high profits of $ 800 to allow a flow of saliva.

In the direct supply of water to increase the proportion of aluminum, aluminum ingots supply is expected to decrease, many people began to consciously hoarding aluminum ingots resources, the stock began to spread into the nervous anticipation.
(June that year, according to industry data, the month in 70% of the aluminum electrolytic aluminum production to achieve the water supply model, some provinces has reached the proportion of 100%.)

On the other hand, when the aluminum price from
after less than 10,000 yuan pulled up to near 13,000, excess capacity aluminum market is expected to resume production of energy will have, because such a high price, a lot of pre-production capacity will be shut down in order to resume production profitable, so the more pessimistic long-term price
.

As the hot real estate market in 2016, consumption of aluminum unexpectedly strong, and excess capacity, but because of funding, environmental issues such as delays in the resumption of production.
With the arrival of the season, after the Spring Festival ingots social stock plunged nearly 1 million tons to 20 million tons, hit a historic record lows, backwardation is also steadily rising. 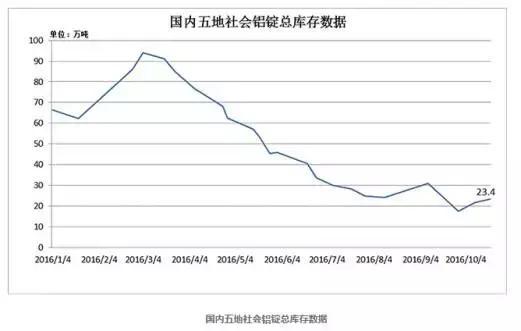 in this way, the spot market in the inventory drop, consumption in short supply lower-than-expected background scenery, and futures markets has been production recovery is expected to suppress, aluminum futures each
Back contract showing the depth of the structure, such as Shanghai aluminum 1607-1609 contract spread from -100 to become actually about 470, about 600 strong point spreads, profit margins comparable to a good band profits. 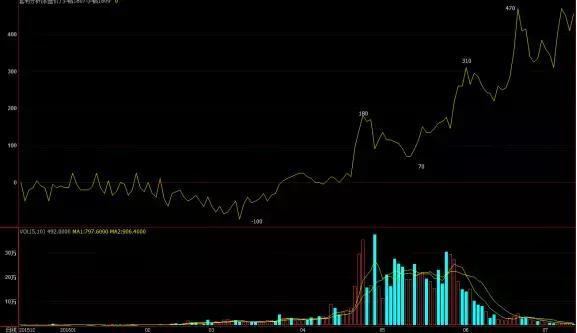 timespread other month contract is also generally true, bimonthly spread often up more than 200 points, to 12,000 yuan -13 000 yuan aluminum prices, the rate of about 2
%.

And always more active copper futures, but because the fundamentals there is no “story” to tell, it became a backwater, even the contract price as three or four months of wonderful phenomenon, people
can not help feeling: come full circle, this year to “aluminum” home!

after 8 months late, with the slow recovery of the stock, the spot market premium was down, each futures
May spreads shrink slightly, slightly downstream plant also slow breath.

However, nine months after the market has given rise to unexpected changes.
First Xinjiang wagon tension, a lot of aluminum ingots backlog in railway stations, not on schedule to consumption areas in East China, the stocks once again turned downward; after

, “921 new transportation policy” introduced, the transport sector in the country
been carried out by the most severe in the history to the overload action, resulting in road transport rhythm was completely disrupted, or a substantial increase in freight transport companies, either stop watching the wind, some valuable car-free transport routes.

on the low stock of social, transportation rhythm is such a stir, the spot market once again deserted them up, superimposed on the National Day holiday stocking downstream plant demand, resulting in backwardation actually all the way to the level of nearly 700
, alive so that we experience what is called a “Tieshukaihua” “energized.”

Under intense drive backwardation, the price of the futures contract will increase your upside down again.
1610 -1701 contract contract spreads from near 180 points in early September, breath and pulled up to around 930 in early October, a month’s time appears spread widened more than 700 points, the stock market is really rare!

Unfortunately, the traffic management action some sudden, unexpected and severe degree, how many people can expect such a dramatic and uplifting backwardation futures spreads widen it?
Even the original holders of the stock or whether intertemporal arbitrage positions, mostly just leave early, how can you enjoy the profits of the last of it. 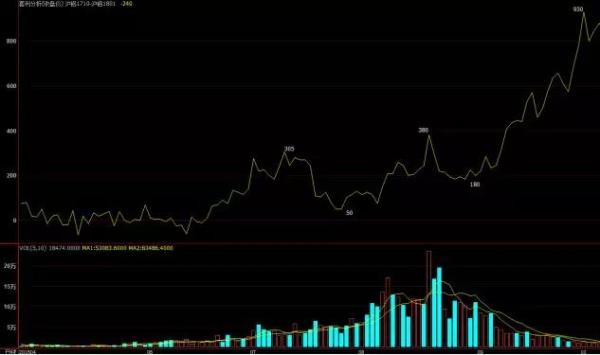 at optimism infection, copper, aluminum, zinc, nickel and other nonferrous metal species is not far behind, even if a large number of aluminum production capacity expected recovery, but also a short time more than a month,
prices pulled up from about 15,000 to close to 12,000 yuan.

Although tensions stock in October have not been effectively eased, but the short-term futures prices rose 3000 yuan is huge, powerfully suppress backwardation, backwardation makes gradually dropped to around flat water.
After

to enter December, the stock began to gradually accumulate.
Logic of the market, has quietly into the far month there is inflation expectations, prices have support in recent months, but will gradually be subject to a lot of inventory accumulation during the Spring Festival, the cash will significantly discount repression.
Thus, the calendar spread on aluminum should also take advantage of recent months goes empty, far-month reverse arbitrage. 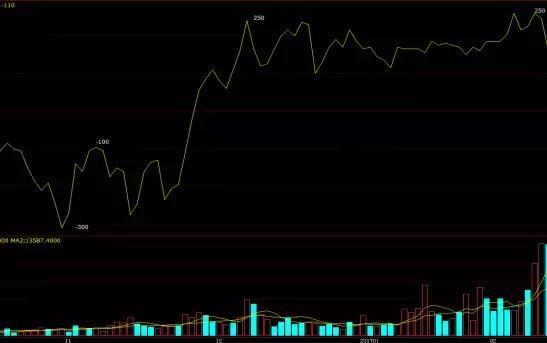 ultra-realistic inventory and production capacity is expected to “story”

Since the aluminum pull up the lead smelting enterprises
generally show a profit, the higher the production enthusiasm.
After the Spring Festival, aluminum ingot inventory is climbing, and constantly refresh the historical record instead.
To around September, domestic stocks actually be 5 to 1.6 million tonnes of ultra-high inventory levels.

In the face of grim reality of high inventory, the spot futures market continues to discount this year, most often to a premium above the 200 level, showing a trend of consumption is not busy.

On the other hand, from April Changji start cleaning up illegal since aluminum production capacity, market expectations of supply side reforms of substantial warming, to the production of “story” began to prop up the price of aluminum, each futures
month forward spread pattern arranged completely laid.
Enforcement

8 months, Shandong Weiqiao Aluminum shutting down illegal production capacity of 2.68 million tons of news, completely broke the last vestiges of fantasy short of local governments to protect local large enterprises, this round of market policy again
no doubt; after

superimposed introduced the “26 + 2” cities in the heating season, limiting the production of electrolytic aluminum plant more than 30% of the policy rules, the market is expected to tighten the aluminum market will enter a balance or even to outstrip supply, aluminum
as a general pull dry onions, uphold pulled from 14,500 yuan to 17,000 yuan vicinity.

In reality inventory of ultra-high pressure and capacity to support the expected intertemporal arbitrage strategies aluminum, nothing more than empty constantly in recent months, buy far month, continue to bargain anti sets.
Albeit spread volatility can not be compared with the stock soaring water period last year, but the risk is very low, rolling down a few months, it is also a good income. 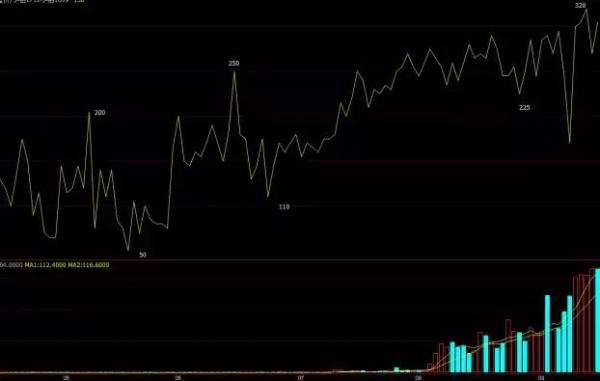 We still remember the beginning of 2016, the market for aluminum direct supply of water under the new model “will be long-term low inventory of aluminum ingots, aluminum ingots high inventory once it is shown that the poor consumer, aluminum prices will start to fall,” the judge
?
Yes, at 70% of capacity have adopted the new model aluminum direct supply of water, this assertion appears to be very reasonable.

However, the truth is that, in August last year when history is extremely low inventory of about 20 million tons of aluminum price was 12,000 yuan up and down; now when the ultra-high inventory of 1.6 million tons, but aluminum was approaching 17,000
yuan.
Compared with the original judgment of the market, it is simply opened a big joke!

But it also can not blame anyone, had the market talking about the aluminum Flow Direct “story”, is now talking about it is strictly to production and environmental pressure, “Story”, “Story” changed,
natural logic of the market has changed.