Poker Interview | Wu Hongtao: History is always surprisingly similar! Quotes quite similar to the 15 years of soybean meal to counter-attack?

Lead: Can soybean meal market rebound, there is no follow-up of the counter-attack
opportunity?

“market speculation in agricultural products, mostly to see the supply and demand rarely see.” today, poker content with good teams in border investment management (
general manager of Shanghai) Co., Ltd. Wu Hongtao exchange, he says, “in past years is basically estimated yield will be less than the actual yield, but may occur this year estimated yield greater than the actual yield.” in this context, whether the meal
market rebound, there is no chance of the follow-up of the counter-attack?
Where the fourth quarter and in shock interval?

1. Normal feed companies stocking period beginning in early August, and futures markets usually react even earlier than the spot market
.
Soybean meal from nearly a decade of graphics, the most in mid-July, when the high point of the meal had already seen.

2. The environmental protection is a double-edged sword, both “cut” the supply, but also “cut” of the demand.
So, the short-term market reaction should not come out – in the end is fried or fried supply demand.
However, market speculation in agricultural products, mostly depends on the supply situation, rarely look at demand, because demand will not be great changes in basically every year, and the supply amount of change, sometimes able to achieve an increase of more than ten percent.
Report

3. Can really give a clear report production have to wait until September, October, especially in October, the US soybean supply amount can be truly final nail.

4. If the conclusive year yields at 49 plus or minus, then the US set between 920-930 had been regarded as in line with the expectations.

6. Disk operation, the recent period, or less participation possible.
If the recent plunge under the circumstances, the United States offer nearly 920-930 when a small amount of buy some more than one. 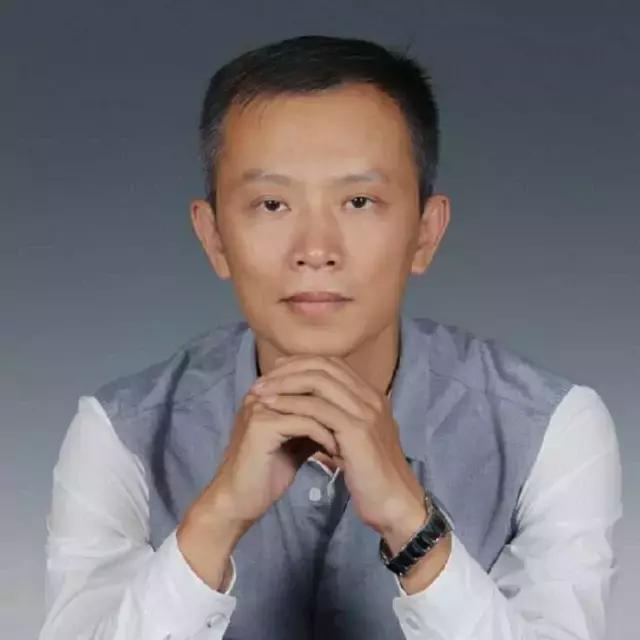 ➤ Poker Finance: the view that this year has come to the end of August, in previous years, the feed enterprise traditional stocking period has been
to, but soybean rally was not predictable, what is the reason behind this is it?

Wu Hongtao guests: normal stocking period should be around early August began, and futures markets usually react even earlier than the spot market.
Soybean meal from nearly a decade of graphics, the most in mid-July, when the high point of the meal had already seen, for example, is a 13-year high in mid-July, 14-year highs also 7
in mid-month, 15-year highs also in the small mid-July, and last year’s high point in July the dozen, have been formed.

➤ Poker Finance: There are arguments that because of environmental issues, feed mill soybean meal stocks in rapid decline, once the environmental protection ended, feed and farming enterprises is likely there will be a wave of centralized replenishment, when
the price will rise, which, how do you see?

guests Wu Hongtao: actually we’ll take a look at the news to the affected environmental issues, first shutting down a number of feed companies, at the same time,
a large number of farming enterprises are also affected so as to be shut down, including ducks, chicken farms and pig farms.
So, we can say The green is double-edged sword, both “cut” the supply, but also “cut” of the demand.
So, the short-term market reaction should not come out – in the end is fried or fried supply demand.
But one thing we need to know, feed mill is ready to be started, but no way to farm pigs, ducks, chickens quick to add back.

In general, market speculation in agricultural products, mostly depends on the supply situation, rarely look at demand, because demand will not change substantially every year great changes from year to year
, no more than 1-2%, can reach the limit of 3%.
The amount of change in supply, sometimes able to achieve an increase of more than ten percent.
To date imports from this year we can see, the amount of imports last year is 8500-8700 tons, this year could be expected to have more than 90 million tons of.

➤ Poker Finance: Now comes the case of supply, the USDA August report once again raised its yields are expected to, whether the fundamentals of the situation this year can be said to have been the final nail?
Sources said that demand did not imagine so bad, what follow-up there will be change?

guests Wu Hongtao: can not be said to have a final judgment, US Department of Agriculture report in August, yields are expected to be 49.8, less than
50, which is still a normal year production, in addition to the annual output of 16 is high, in recent years, other years are substantially maintained between 48-50.
Now the fundamentals, we rely on the report of the US Department of Agriculture said in August to supply conclusive has been really hard to say, this report is still just an expected yield, really be able to give a clear yield reports have to wait until September
October’s report, especially in October, this is the real final nail.

We want to know, not in the time of harvest soybeans, everything is unknown.
Maybe the next rain, perhaps a wind blowing, which will have an impact on the final yield of soybeans.
If the harvest season rainfall increase, leading to delayed harvest time, can not harvest soybeans in Argentina as early as last year, soybean in the ground blisters three to five days, eventually leading soybean sprout, thus affecting the actual production of soybeans, these are
possible.
So, for now, soybean production still can not be determined.

Meanwhile, the past two days we have seen, the US hurricane, and much of the East Coast are subject to heavy rains or floods affected, though the hurricane did not affect the main soybean producing areas, but there are a few
a sub-areas but are now at the edge of the affected area, the next few days the market will likely react.

In general, my point is this year’s overall domestic oversupply, but the global point of view, as long as there is any sign of trouble, you can have a wave theme can be speculation.
right now have to enter the US harvest, and indeed there will be a low harvest, but also that low short-lived.
Our graphic data from previous years to see, when the US harvest season each year, the world is not very deep lows, fluctuations will not be great, the real low point is often produced when the South American soybean harvest
, because then there exists the dual pressures.

We can go to think more carefully, the general agricultural experience: spring, summer, autumn, winter provisions.
So to the fourth quarter, when the market will not be great.

➤ Poker Finance: In recent days we can see that the disk is shock upstream, then driving factor behind it, what is it?

guests Wu Hongtao: may still be subject to the short-term impact of more black, black fell today opened the afternoon recoil, driving up meal.
Soybean meal, from the recent trading volume and open interest point of view, the transaction is not active, but these days there have been some Masukura plate, but also relatively large Masukura, Masukura substantially between 2720-2740, by
the warehouse has about twenty or thirty.
After a slight increase Wancang prices are still up, so do not dismiss the possibility of a wave rally.

Another point, this year if the yield conclusive in 49 fluctuate, so beautiful plate between 920-930 had been regarded as in line with the expectations.
You know, yield 52 last year, when the US set at the time of the harvest season, failed to fall below 930.
If yields are 48-49 this year, then 920 or 930 is a short-term bottom has been the point.

➤ Poker Finance: What follow-up questions that need to focus our attention to it?

Wu Hongtao guests: concerns, the most important is this: No August 10 this year, the United States announced the expected yield is 49.8, this number has been reached to remove 16 years
other than the historical average values ​​on the bias, then, if there is any sign of trouble follow-up, if culminating in lower yields or poor quality of the case, perhaps there will be a wave rally.
To be honest, the report estimated figures, is a bit high.
And then superimposed Some time ago, in August to mid-August, the US low temperatures, the next time, rainfall is too large, then again, on the yield of soybean and did not do any good.
If these adverse factors of weather, such as rain and then continue until mid-September, it will eventually affect the harvest of early-maturing soybeans.
These are single soybean field will have an impact to make changes in the market price.

➤ Poker Finance: How soybean meal follow-up trend?
There is no chance of a counter-attack?

guests Wu Hongtao: I just said, spring, summer, autumn, winter provisions, often soybean meal in the fourth quarter of the time,
fluctuations will not be great.
At this time, the US soybean harvest is fully completed, and the South American soybean planting is just, then the impact on the yield generated is not large, need to do is to pay attention to the weather in South America.

So, I personally think that this year’s market, it is possible with the 15-year is similar.
I have done some time ago statistics, particularly interesting is that, this year all of the rebound high, even the monthly highs are 15 years and the stock market are similar, each high point basically no difference before and after
over five days.
So, this year US yields ultimate control in about 49 or 49 to upper case, lower than the expected number August 10 report, this is the case, the market is likely higher volatility.
And I also read some reports, data, is likely this year in South America’s soybean acreage will increase 3-4%, then the US soybeans at the end of the third quarter, when the beginning of the fourth quarter, there will be a small bounce after completion
, it will eventually lower volatility.

➤ Poker Finance: Finally, on the operation of the disk you have any suggestions?

guests Wu Hongtao: I think, Lately, try or less involved.
If the recent plunge under the circumstances, the United States offer nearly 920-930, you can buy a small amount of more than a single , wait for it to rebound in terms of magnitude, can rise high above 120-130 points, then down low
70-80 points.

South American soybean planting is not true, acreage can not be determined, then, US disc will be shocks between 920-980, corresponding to the domestic soybean meal is likely in 2700-2850
about concussion.
Within this range, do more dips than rallies to be safe, because this point in the last decade that still belong to the lower margin.