Six kinds of magazines at home can also shoot lighting 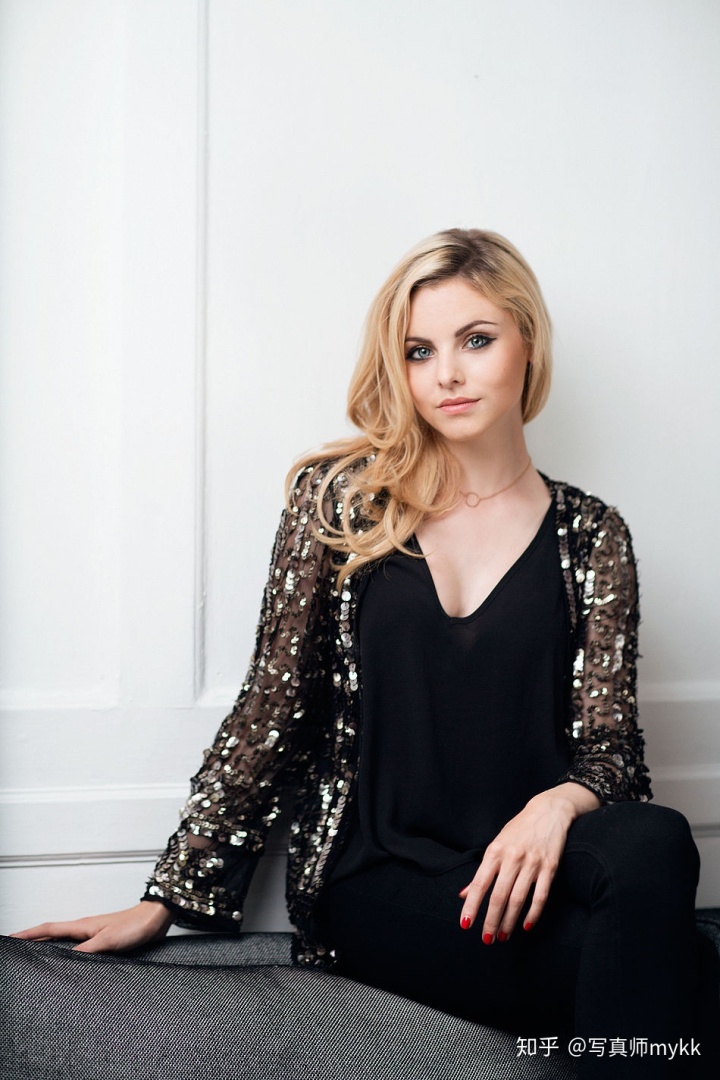 Lara was born in Staffordshire, UK, 14 years old
they come into contact with photography, he began his photography business at the age of 17.

She and Joy L of a set of video tutorials on the very fire five or six years ago, Taobao.

At that time I just started learning light look them in the course gave me great inspiration.

Lara because of the limited time the equipment, 5D2 + 85L only to take pictures with the natural light.

Many years later, she concedes in the tutorial, when in fact, very much against the flash, because it would not use.

And through years of learning and accumulation, and now she had a friend Joy L, began prefer to use flash
to shoot.

And then they looked at me tutorial to learn photography, today’s progress is far from previously able to think of.

So when to see lara, but it is still very mixed feelings.

These lighting, even at home can also easily accomplished. 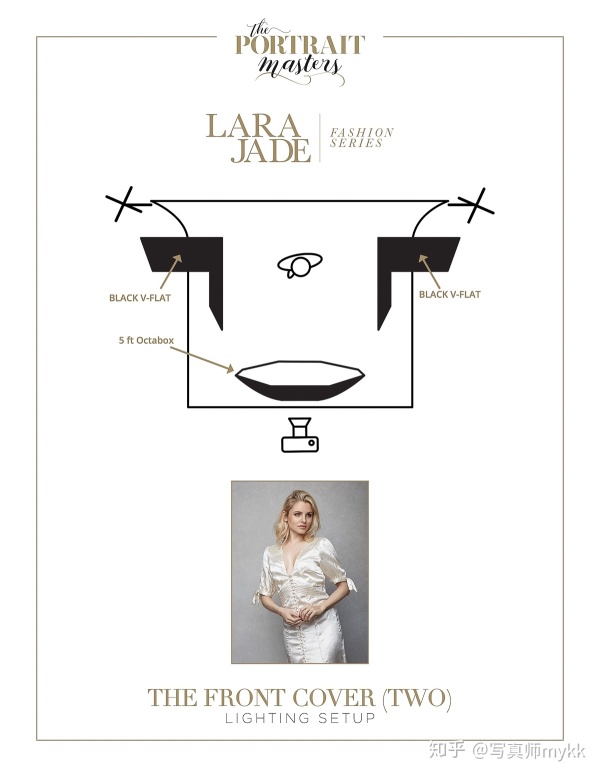 It depends on the size of the recording environment.

If large, then put a hold really does not matter.

If a small studio, leaving the white walls relatively close next to it, and hold the light-absorbing plate, the model profile and the background will be filled more light.

and put the light-absorbing plate is a simulated reflection effect of a large studio, and the contour model will not directly shine light dark portion darker, a little more contrast. 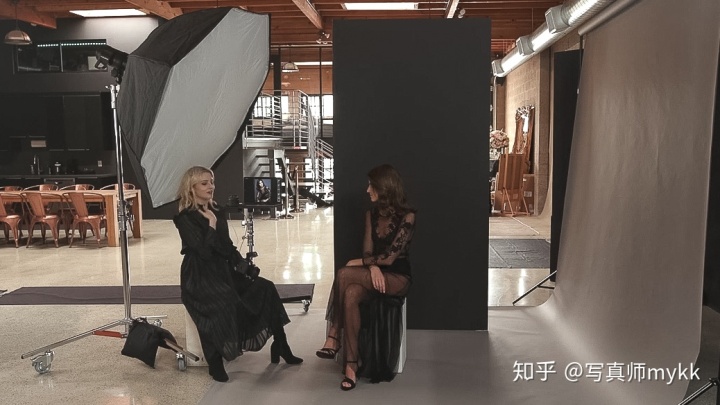 here lara not like most lighting tutorial, put a fill light in front of the mirror body model.

but lower than the discharge soft box.

and allowing the tiles to the same height as the lower edge of the jaw model.

Of course, the disadvantage is that, with only 50 close bust shot.
Farther soft boxes will be blocked.

In fact, the original lighting when taking dark clothes no problem.

However, in Sign White Silk clothes such highly reflective material, if the main light is provided according to the face, the clothes must be overexposed.
But in terms of clothes to set power, will face more black.

then this time, to the face of the radome is to brighten a little.

significant difference can be seen by the following FIG. 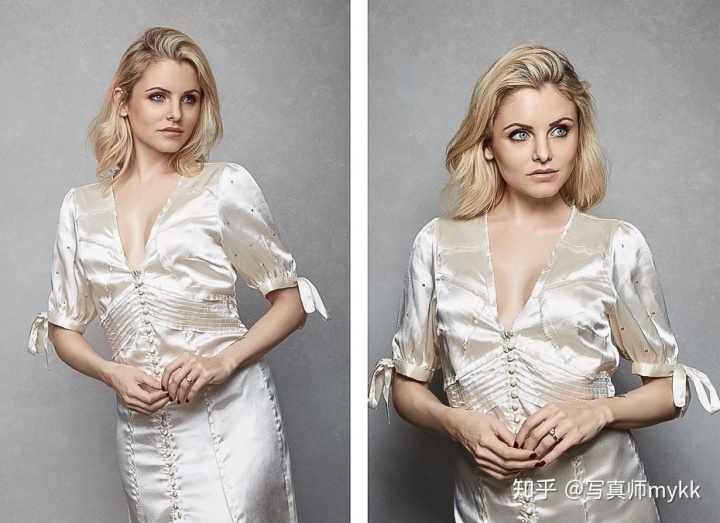 distinguished radome grid, lies in the central region of the radome light is weak, soft comparison.

brighter light while outside the circle, relatively hard.

raster is utilized in different directions, to control the hard outer circle of light onto the screen overflow, so that only the central region of the face model soft shine. 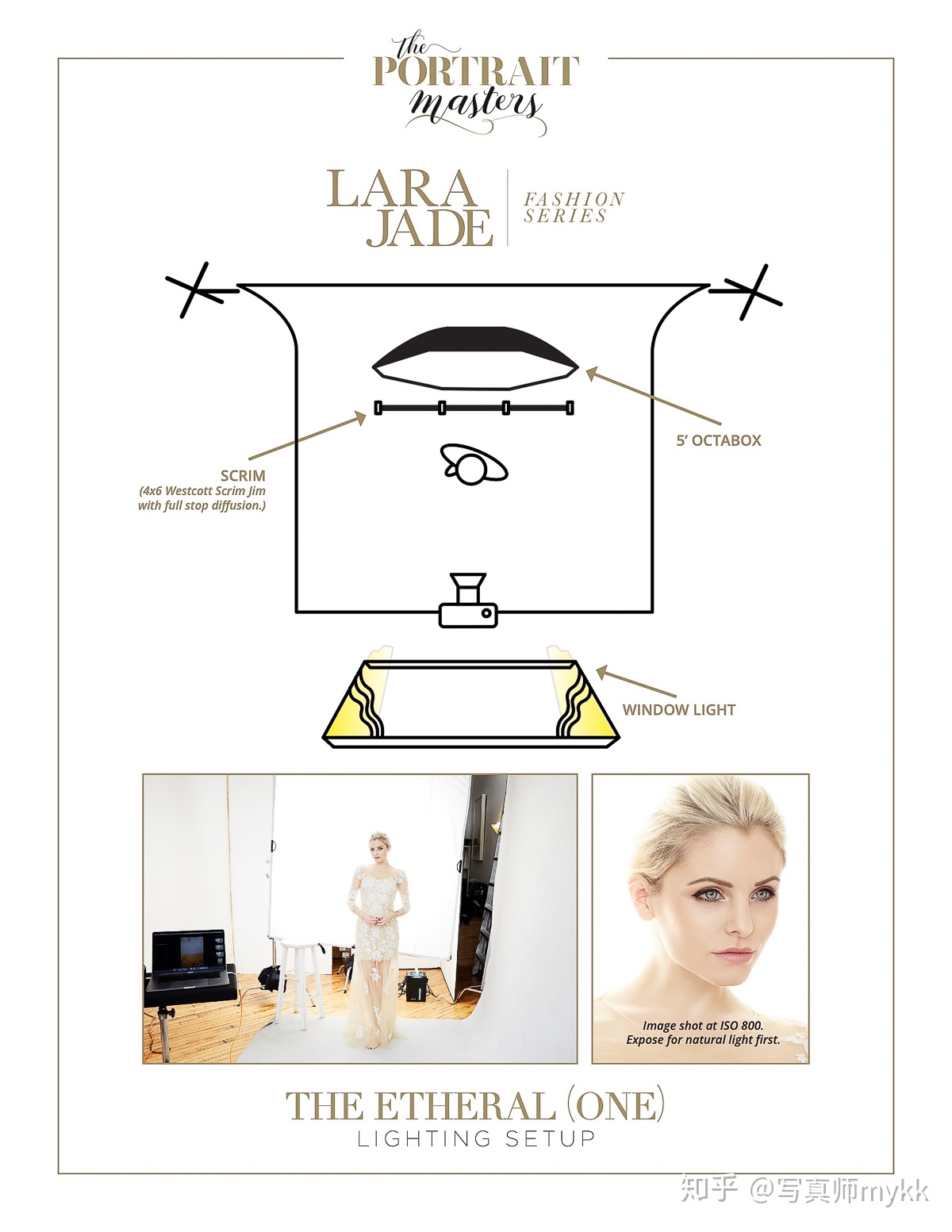 but the large size of the screen soft cloth butterfly still more expensive at home, then, with white linens, shower curtains can serve as an option.

But you can see, because the model left soft screen too close to the edge part is still a little overexposed.

This time if the site is large enough, you can make models about 0.5-1 meters away from the background, and that both the profile of the light, but not so overexposed.
When

In fact, before taking the set, you first need to consider the overall profile of the exposure point model.
And then consider the fill light. 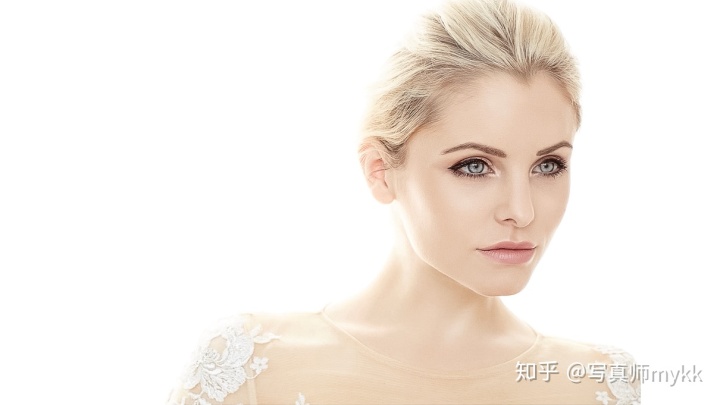 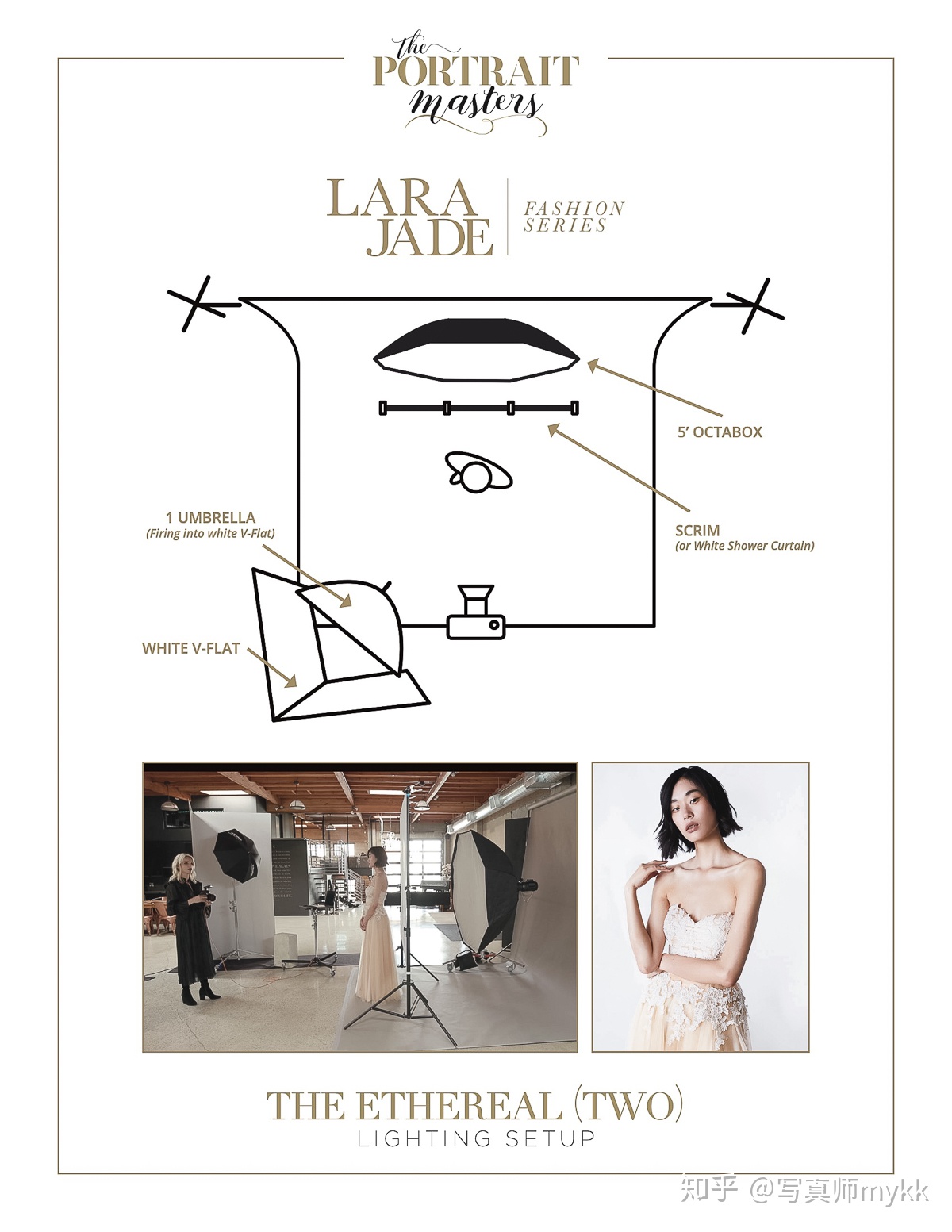 and the resulting effect as a main soft light box, and the box after the light-blocking panel soft total of three, plus F7.
1, even mention iso, in fact, light is relatively dark.

to fill this light blocking light because too much, not too much play a role.

because at demonstration, lara use of the B1 500w.

The chapter title figure has been able to shoot so bright, she is at home in London 2400w Brown.

At this time, I usually directly F4.0 aperture, and to brighten the entire screen.

Anyway, the influence of ambient light on the screen and the depth of field in this is not a big problem.

But the overall picture of the atmosphere is more in line with expectations. 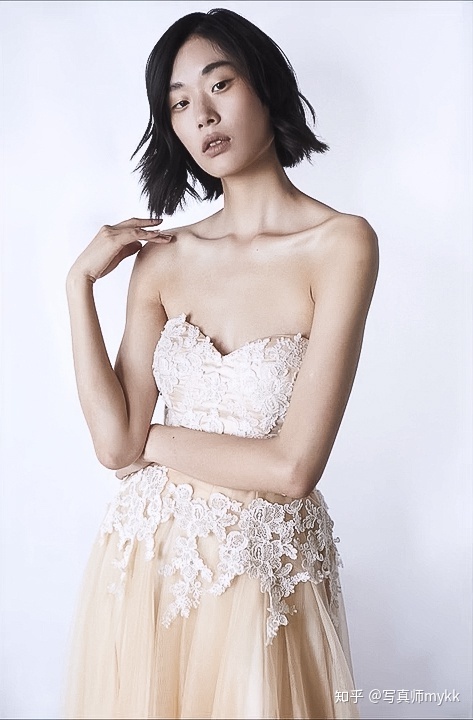 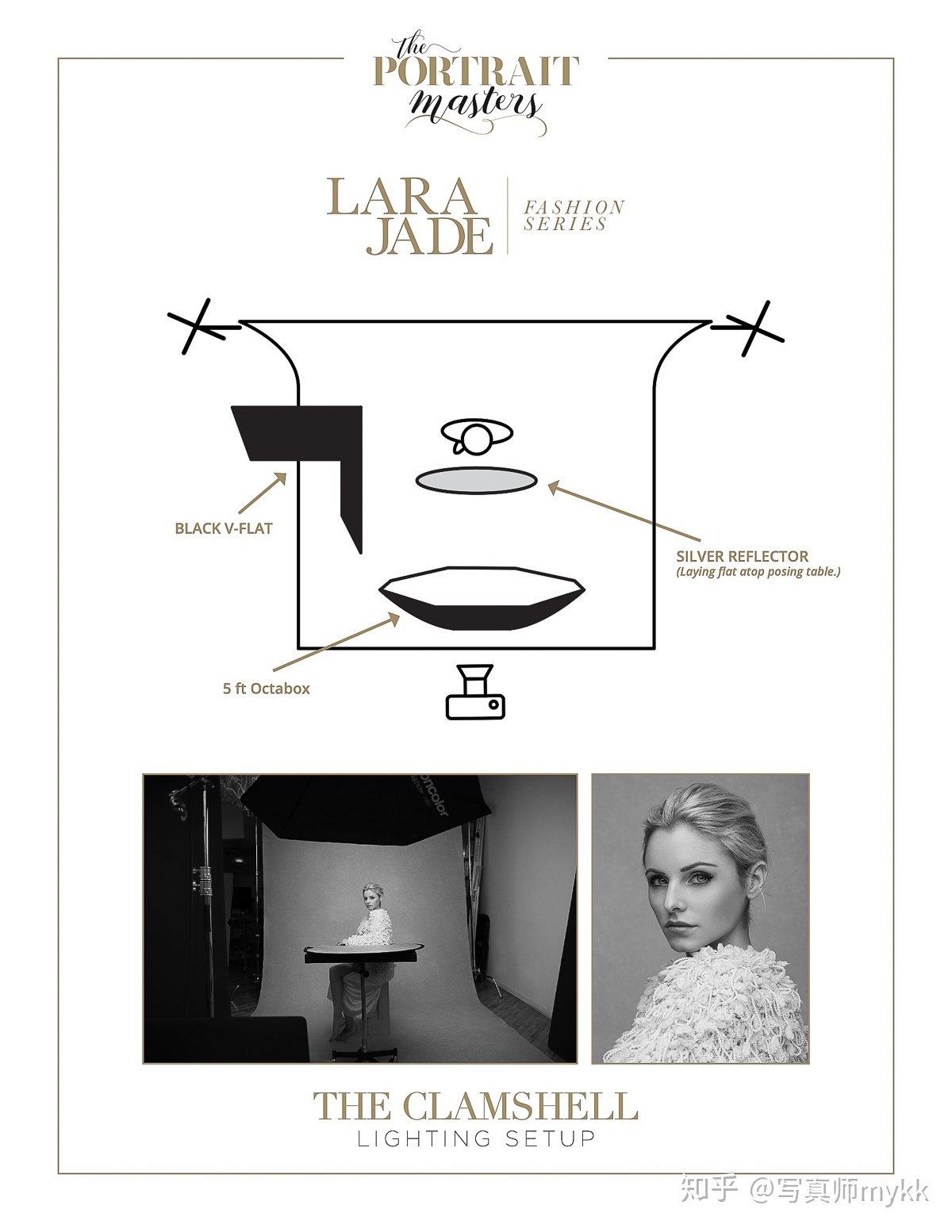 here you can see the difference between the white reflective plate of the silver reflectors.

more because silver reflective, so the light output will be relatively reduced, such as attenuation, will be more dark portion darker.

White is a stable, safer choice.

But if that is not enough fill light effect, then the board will not be able to model the face of hate. 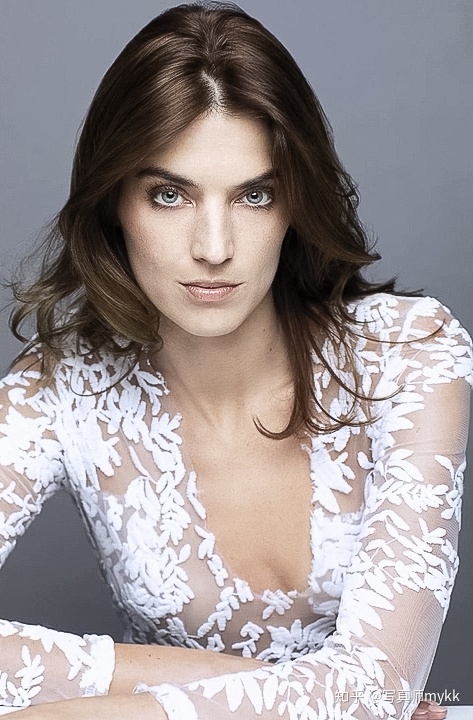 normally I would choose silver, then the effect is too strong, when to pull back a little bit.

This can be carried out with an appropriate balance between excessive.

and pull away, can also have more Scene change.

Of course, the drawback is a low fault tolerance.

Similarly, there is a branch, with a lamp or two lamps.

are not very different, as long as it can uniformly illuminate the reflector block.

whole surface but a white wall, or two large foam boards can also achieve this effect.

I really like this group effect.
Atmosphere of the entire screen, the light is very soft texture. 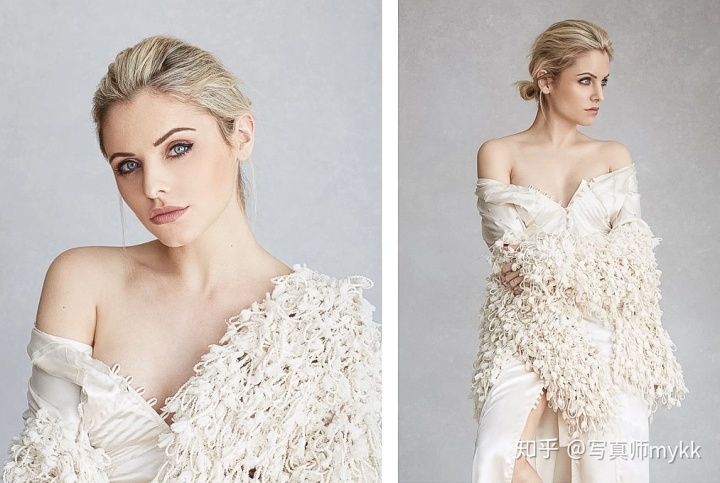 impression, many FMCG brands such as basic models zara will seem to take a similar manner. 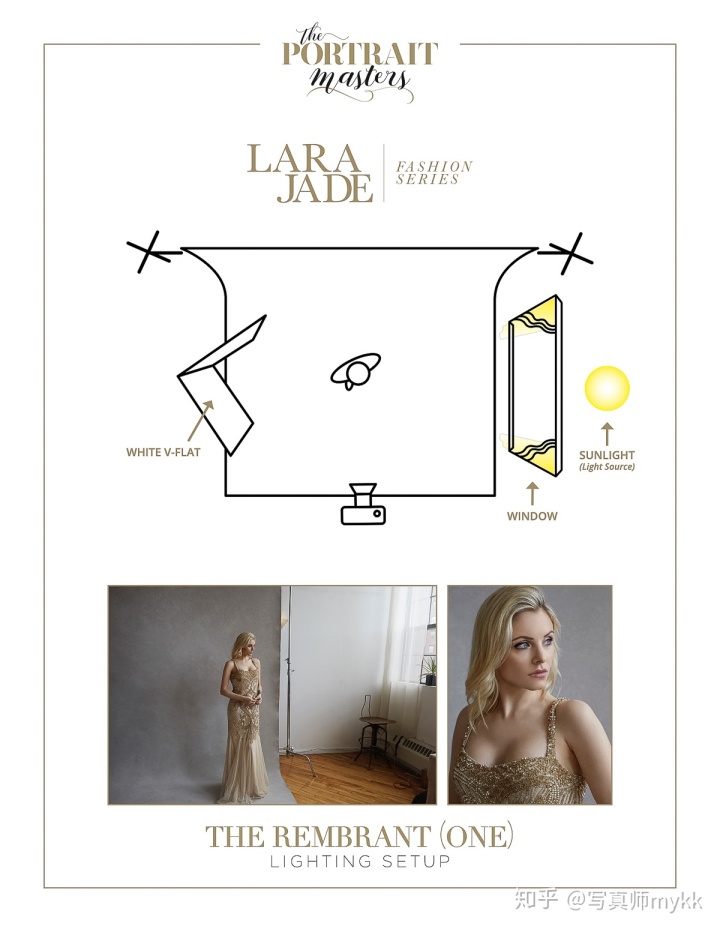